Phone: +27 83 325 4676
Email This email address is being protected from spambots. You need JavaScript enabled to view it.

Mokadi has over 25 years’ experience as a senior business leader. He is passionate about business leadership, corporate governance and customer service.

Mokadi is the founder of Mathye and Ditlou Dynasty Corporate Consultants (MmDdCc) which is LeaderShape Global’s partner in South Africa. It was founded in 2007 to harness his entrepreneurship and behavioural skills to support Southern African organisations in both the private and public sectors.

In May 2019 Mokadi was elected National President of COMENSA, the SAQA (South African Qualifications Authority) recognised non-statutory professional body for coaching and mentoring in South Africa. Read more about this election from the SA Coaching News here.

In January 2020 Mokadi was appointed as a Board Member of AECC (Africa Executive Coaching Council). AECC is an aggregator and advocate for executive coaching across Africa based in Zambia and its purpose is captured as follows: “AECC seeks to create an executive coaching eco-system in Africa that promotes best practice and relevant support to stakeholders for positive transformation.”

He has also completed programmes in Financial and Accounting Principles for Public Entities from UNISA and Finance and Accounting (CPFA) from Wits Business School (WBS) and a Professional Business Coaching Programme from Gordon Institute of Business Science (University of Pretoria).

Mokadi has been a member of the Institute of Directors in Southern Africa (IODSA) since 2003 and a Fellow since 2010. He is also a former member of the International Coach Federation (ICF), the Society of Emotional Intelligence (SoEI) and the Worldwide Association of Business Coaches™ (WABC™).

Mokadi contributes to the social community by volunteering in the Self-Supporting Ministry of the Evangelical Lutheran Church in Southern Africa (ELCSA) and Chaplaincy of the Youth League, Young Adults League and Prayer Women Fellowship. He also served as a Diakonia Programme Coordinator of the Lutheran Communion in Southern Africa (a member of Lutheran World Federation) in ten countries in Africa which encompassed the call to serve and contribute to citizenship coaching for the less fortunate.

Until recently he was the Chief Executive Officer of Food and Beverages Manufacturing Sector Education and Training Authority (FoodBev SETA).

Previously Mokadi has been a senior executive in large national and multinational corporations in the private sector. These include Rapid Allweiler Pumps and Engineering, Aesseal Mechanical Seals and Steloy Engineering, both as an Executive and Non-Executive Director.

Mokadi has served in the Banking Industry as a member of Risk/ Audit Committee and as an Independent Non-Executive Director of Eyomhlaba Investments Holdings Limited. He has also served in the Higher Education sector as an assessor in Strategic Management for Post Graduate Students at UNISA. 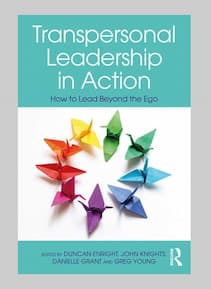