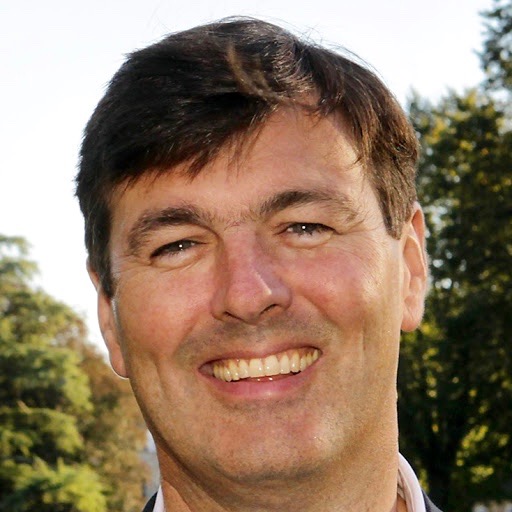 
Email This email address is being protected from spambots. You need JavaScript enabled to view it.

Link to Duncan at LinkedIn

Duncan is a Director of LeaderShape Global. Duncan has also worked with the team twice as a client in the NHS and in publishing, which means he has an extra appreciation of the value LeaderShape can offer any Board or senior management group.

Duncan has been a senior director with over 30 years’ experience in the publishing industry, as well as a decade as a Vice Chair and Non-Executive Director of an NHS Trust and fourteen years as a councillor in various local authorities. Duncan is an experienced director, influencer and communicator who has been both elected and appointed to senior roles in NHS, policy and local government. He is used to analysing complex situations and communicating aims to persuade, influence, drive change, optimise performance and improve team understanding.

After gaining a degree in Physics followed by a postgraduate certificate in education from Wadham College, Oxford University, where he also served as President of the Student Union, Duncan embarked on a career in scientific, professional and medical publishing, spending 20 years with Reed Elsevier companies including Pergamon Press, Butterworths and Elsevier. Occupying roles in new product commissioning, marketing, and senior management, he led international teams of editors and marketers and grew his divisions organically. Duncan is a graduate of the Senior Management Programme run for Reed Elsevier by Templeton College, Oxford, and is a Common Room member at Green Templeton College.

In 2008 Duncan became head of the British National Formulary (BNF), a joint venture between professional bodies including the Royal Pharmaceutical Society and the British Medical Association. The BNF is the most widely used knowledge base in the world for medical staff, providing advice and guidance at the point of care for doctors, pharmacists, nurses and dentists. Over that period Duncan established and refreshed relationships across the NHS and in particular with NICE, grew the international business including a new venture in New Zealand, and  oversaw the creation of new digital ventures to meet the needs of a modern health service.

For the last few years he has run his own specialist and multi-award winning publishing and consultancy firm, Evidence-based Networks, working in science, healthcare and management. In 2015 his team completed a substantial healthcare information project in Central Asia on behalf of the World Bank. Consultancy clients include most of the major international scientific publishers. For three years he led the UK arm of an innovative digital health start-up in New Zealand.

Alongside his professional career, Duncan has been involved in politics, spending a decade advising government on a range of policy areas as a National Policy Commissioner. He has stood for Parliament on three occasions, once against the Deputy Prime Minister and once against the Prime Minister, and again in a by-election in 2016. He has stood for European Election twice, served on the board of organisations engaged in European engagement and electoral reform. He is a councillor on town and district councils, and spent a year as Mayor of Witney.

Evidence-based Networks, MD
Since July 2013, working on policy and public affairs projects worldwide, developing the use of evidence for decisions in healthcare, and on publishing projects to improve professional practice.

Publishing Director, BNF Publications, Royal Pharmaceutical Society of Great Britain and BMJ Group.
2008 to 2013 leading a team to publish the standard work on medicines, used by everyone working with medicines; and the single preferred source of 8 out of 10 health professionals. Highlights include:

Vice Chair and Non-Executive Director, Ridgeway Partnership NHS Trust
Appointed from 1998 to 2008, term extended well beyond the usual four years. The Trust achieved a top-rated “three star” (2003) and was rated by the Healthcare Commission as “excellent” (2006-7); the Trust doubled in size through successful organic growth and acquisition in neighbouring counties. Chair of the Audit Committee from 2002 to 2008; also chaired Mental Health Act Managers meetings. Served as Vice Chair 2002-2008, and Acting Chair in 2006-7.

Consultant, Enright Consulting
In summer 2008: reviewed the programme and made recommendations about the publishing programme of the British Standards Institution; wrote an evaluation of a potential acquisition for Bloomsbury and evaluated partners for a new publishing venture on behalf of the Tony Blair Faith Foundation.

Marketing Director, Elsevier Science and Technology Books
From 1997 to 2005: took overall leadership for the marketing function outside North America.

Labour Party National Policy Forum - 1998 to 2008: elected by Labour South East to the National Policy Forum. Then elected by Forum members to be Policy Commissioner, working with the Prime Minister, Cabinet ministers and others on policy in Environment, Transport, Local Government, Housing; Education; and Health and Social Care.

Councillor, West Oxfordshire District Council and Witney Town Council
Elected to Town Council in 2011 and District in 2012, and elected group leader and leader of opposition in 2013. Mayor of Witney 2019-20.

County Councillor, Oxfordshire County Council.
Elected in 1993 until standing down in 1997, served as Chair of Highways, a member of negotiating team with other groups over budget and strategy, a member of Local Education Authority and Museums, Arts, Libraries and Leisure Committee.

Married with two daughters and a son.  Duncan speaks French, some Russian, Spanish and German.  He has written a service of carols for with music by Richard Poyser, former music master at New College School Oxford.