Following up from our previous post about how to succeed as a leader of a complex adaptive system, we released part 2 in our series of podcasts on the topic of the impact the pandemic has had on leadership, and how this has highlighted the need for us to adapt as leaders. This is particularly highlighted as we move into 2021 and reach towards our post-COVID recovery. 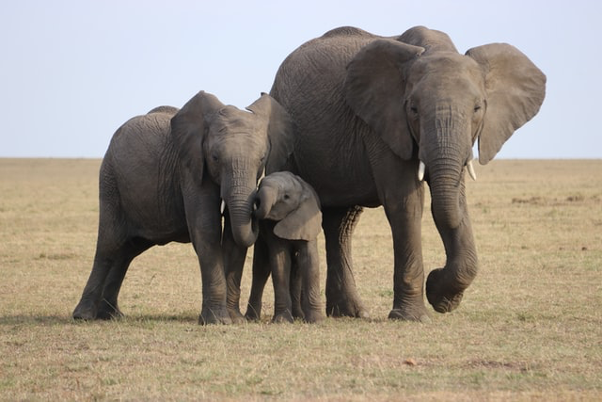 There are different styles of leadership, and as humans we can look to nature and emulate what they do. On the one hand, take a herd of elephants, who as a species have a huge and heavy investment in rearing their young. African elephants have the longest gestation period for any mammals in the animal kingdom, meaning a female will be pregnant for up to 22 months before giving birth.

Once the calf is born, they will begin feeding off their mother and may continue drinking her milk for up to ten years! Female elephants will stay with their herd for life, while males leave to begin a solitary life after a minimum of 12 years. Clearly, there is a big commitment to the herd mentality here, for survival.

Elephant herds are never that large and a significant matriarchal leader will arise in the hierarchy. The purpose of the leader is very clear to the herd, and that is to ensure the survival ability of their offspring. The main role of the leader is to bring the herd from waterhole to waterhole. Literally, the leader leads the way.

In this example from nature, there is a clear leader, with clear followers. The leader has a clear purpose.

To take another example from nature, we can take a school of fish, which provide us those fascinating images of a large group of fish all swimming together in synchrony. Somehow, they manage to all turn and twist together, forming these sweeping, glinting shapes in the water.

They most likely do this to confuse predators, as well as the pack mentality of “safety in numbers” (and therefore those fish in the middle are significantly safer), but nevertheless, as an onlooker this provides quite a spectacle. There are also benefits to swimming in unison like this, as the fish also conserve energy by using the ‘slipstreams’ of the fish in front of them.

However, this is different from the type of leadership provided in an elephant herd as, whilst this group of fish swimming and turning in unison may look like it’s being commanded, actually it is quite random and occurs instinctively to the fish.

Whilst some natural leaders tend to ‘hang’ at the front and guide the whole school, and other fish will naturally choose to follow, there is in fact no identified leader of the school, and those upfront will swap around several times. The fact that the fish manage to stick together, not too far apart, yet not crashing into each other, is simply amazing

A similar quirk in nature is the gathering of starlings at dusk, where they flock together in ‘murmurations’, creating an amazing spectacle for any onlooker, frankly amazed how they all manage to stick together, yet still not crash into each other. Bearing in mind the speed at which the starlings fly and move, it is a true wonder how there are not many collisions, with injured birds constantly dropping from the sky.

Recent discoveries from research into the behaviour of emperor penguins in the south pole also shows there is some ‘method to their madness’, as it were. It has been known for a long time that penguins huddle together to conserve warmth, again this is about survival. This time, there is safety in numbers, but that’s not to prevent attack from predators, but to protect against the perils of nature itself.

The purpose of the huddling is also about protecting their young, as with the above example of elephant herds, survival in the animal kingdom is regularly displayed to be not only about thinking of the present, but also survivability of future generations.

Male penguins are well-known for being one of the best fathers in the animal kingdom. They incubate the eggs by keeping them between their abdomen and the tops of their feet for around 2 months through the winter whilst during this time the females go off to feed after the effort of laying their egg. Perhaps even more surprisingly, during this time of incubation, the male penguins will eat nothing for two months, in the harshest and coldest weather in the Antarctic winter.

If you’re anything like me then all this will be familiar to you as it was all featured in the opening three minutes of the 2006 juke-box musical animated movie Happy Feet, which is mostly where I draw my in-depth penguin knowledge from! I still haven’t found a way for them to sing all my favourite Queen hits, or watching any of them tap dance to Boogie Wonderland.

Being able to actually provide a complete variety show would certainly make penguins the smartest creatures on earth, in my opinion, just when I already thought they were smart enough as it is. When temperatures drop to -40c degrees, it makes sense to use the body warmth of others in your colony. But who gets the benefits of the most warmth in the middle of the pack, and who has to endure the fringes?

It turns out there is some democratisation to this process, with each penguin in the group taking their turn, and this is indicated by all members in the group constantly taking a small step of 2-4 inches, creating a ‘wave’ (and it probably makes sense that the animals keep moving in those frigid temperatures to keep the blood flow going, even if that is the most minimalist of steps).

The steps the penguins take ensure forward motion of the entire ‘huddle’, and in turn means that, over time, this leads to its reorganisation. The point here though is that despite the apparent organisation of these huddles, there is no clear leader. Yet, survival is ensured nonetheless; and there is a lot we can learn from this about how to adapt to leading in a complex adaptive system.

Taking a Cue from Nature 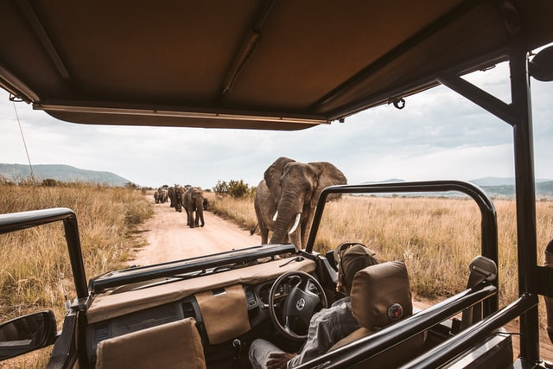 For a leader in a complex adaptive system the crucial point about knowing what you're doing – when and why – and at what time, and then bringing that into full consciousness.

When adopting new styles of leading in a complex adaptive system, it’s not about ‘throwing away’ previous leadership practice; it's about acquiring some new behaviours.

You should be focusing on firstly recognising 'what' you are leading – whether you're leading an individual team or an organisation – and what type of leadership you need to employ at any one time.

Then, if it is a whole organisation that you need to lead, your primary task is to understand the complexity behind it. This is crucial to understanding the next steps, which is knowing where you are going to focus, such as whether this will be a focus on the people (and leading them in more conventional way), or focusing on the output and system as a whole.

More than a Vision

As a leader of a complex adaptive system the focus should be on the system, and the most important thing to do is to define a relatable and clear purpose. This is more than a vision. This is something deeper. This is something which says "why do we exist?".

The next thing to do is to provide a clear boundary of acceptable behaviour. Don't be tempted to interfere unless you absolutely have to. This level of micromanagement is counter-productive when leading a complex adaptive system. What you do need to be doing is providing clear feedback, all the time.

Also, as a leader in a complex adaptive system you must recognise that if you make a decision in one part of the organisation it will have ramifications elsewhere, and could have unintended consequences elsewhere. Remember what I talked about last time in my blog about the ‘Butterfly Effect’?

Top Tips for Leading in a Complex Adaptive System

So, to summarise, here are the four top tips for leading in a complex adaptive system. Take heed of these as we progress into 2021, and see what kind of world we can build forward as part of our post-COVID response: